There is nothing so satisfying as hearing from our readers, especially those with an issue all contractors should be aware of in doing business. This ‘automatically’ rose to the top of our Q/A today! We also visit the ‘hardware store’ and relieve the ‘pressure’ for two other contractors with questions…

Q:  In your Capitol Connection publication for the week of 1/18/16, you wrote the following in response to a question:

B & P Section 7027.1 prohibits contractors from advertising for construction work outside of areas for which they are licensed.  The CSLB uses the example that a “C‐29” Masonry contractor who advertises to do electrical work can be charged with a misdemeanor ‐ unless he or she also has a “C‐10” Electrical contractor license. The only exception to this provision permits licensed “A” (General Engineering) and “B” (General Building) contractors to advertise as General contractors.

We have a “C-61”/”D-28” (Doors, Gates, and Activating Devices) license and install automatic gate systems. I would estimate that at least 75% of our competition comes from contractors with licenses other than the correct one. These include fencing, structural steel, electrical, and ornamental iron licenses. They are even hired by GCs to install automatic gates. It seems to me that as long as a company has a license of some kind, the CSLB leaves them alone. This can easily be ascertained by looking at advertising and checking what license they have. We are not looking to create enemies, but the automatic gate industry has safety standards that these companies either ignore or don’t know about, creating the possibility of serious injury to the public. What can be done about this?

A:  There are actually several classifications that are authorized to install all or part of automatic gate systems.  In addition to the “C-61”/”D-28” classification, a “C-28” (Locks and Security Equipment) can perform this work, and excluding the electrical components, a “C-13” Fencing Contractor can install the gates.  A

“C-10” (Electrical) contractor can install the motors that run the automatic gates.

If there are other contractors performing this work “out of classification”, the CSLB would need a formal complaint filed so they can investigate it. The public, including licensed contractors, are the ‘eyes and ears’ of law enforcement.

Q:  I have a scenario to run by you that I’m hoping you have some insight on.  There is a local hardware store which has contracts with tradespeople (mostly licensed contractors, some unlicensed ‘handymen’) that stipulate a fixed percentage fee to be paid from any jobs being referred to that tradesperson.

They are a licensed General Contractor. They are also a Hardware Store. Is it legal for them to accept referral fees from Licensed GCs?

If it’s not legal, would canceling the GC license make it legal?

A:  Referral fees exceeding $5 between two contractors for the procurement of a home improvement contract are unlawful.

However, in discussions with the CSLB, if the hardware store is acting as a retail establishment and not a contractor the prohibition would not apply. The hardware store does not need to cancel their license, only not have contracted with the homeowner. For example, if they responded to a plumbing leak and then referred a general contractor to repair the water damage.

Q:  I am in the process of applying for a “C-4” (Boiler) license but I want to make sure that I’m applying for the appropriate classification.  Can I do natural gas and compressed air lines with the C-4 license?

A:  If the work is for the purpose in proper functioning for the boiler systems you install, yes, “C-4” contractors can run gas and compressed air lines from already existing lines to the system. 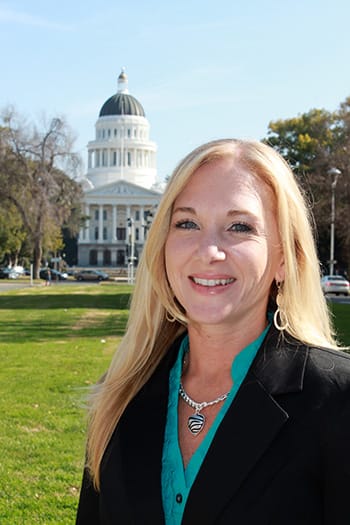